I posted a video last Sunday that was pretty shocking. I know it doesn't exactly go with the usual postings I have here about more pleasant things- family, gardening, my job as a church musician, or the general musings of an ordinary person.

I did receive one comment about the video, from Rose, who always seems to respond so thoughtfully, and a couple of comments from friends in person, and I wanted to respond myself. I thought what I wanted to say, in clarification of my reasons for posting it, would be a little longer than usual for the comment section, so I'll just turn it into today's post.

I try to read blogs written by ministry people from all over the country, and of many different denominational perspectives, as a way of broadening and deepening my understanding of Scripture and experience of the Christian life. It's been a tremendous blessing. What I receive at my own church is outstanding, no question, but I still think reading widely (and reading blogs is no different from reading anything else) is just part of keeping one's self sharp in ministry. So, first of all, I would encourage everyone to to do this. Don't just focus on the ones you are most aligned with. Read widely.

Once in while, as in the case of this particular video, some truth just leaps out and jars my world.

When Mark Driscoll talked about the stinking Roman sponge, like Rose, I had to spend a few days processing that new information. I thought about whether I should post the video; it was gross. Would people find it beyond offensive?

Then I thought, "I should schedule this post for Good Friday next spring, when it would really be most appropriate." I still might do that- repeat the post, I mean. I thought about compartmentalizing this new insight into the Passion of Christ into that short season, when Christians allow themselves to let their guard down for a few days (or weeks, if you reflect on Lent).

In the end, I felt that it was something that maybe others would see the way I was coming to see it: a reminder that there is a program running quietly in the background of my life, that affects everything about my life, every day of my life, through the life I will live here on Earth and on into the future eternity- that Christ allowed himself to be tortured and killed for my sake.

Shame on me for going days, or maybe, sometimes, weeks, without thinking about that. Thank you, Pastor Mark Driscoll, for making this insight available to all of us via one of the most blessed and cursed of human instruments, the internet.
Posted by Joyce at 11:45 AM 10 comments:

Labels: musings, Think On These Things

I Never Knew This...

Back to the Blog World

This evening, one of my faithful readers said, "Mom! You never write anything on your blog any more!" Not wanting to lose this reader, who may be the ONLY reader I have, I decided to post again.

First, I will give you all my lame excuses for going a month without writing:

1. I was busy. Or, at least, distracted. I was serving as general contractor for a big household make-over, involving siding, gutters, demo of a rotting back porch, rebuilding of said porch, and the very sad removal of our huge tulip tree that was deseased and threatening to fall on either the roof or the car. Although I did not do this work myself, it was surprisingly challenging to coordinate the many people who did.

2. It's hard to maintain the pretense of being a "garden blogger" when there are concrete mixers driving over your lawn and ladderjacks in your flower beds. The best I could muster up in the way of gardening was to walk around the property every evening clucking about the damage the workmen had unwittingly done.

3. Additionally, the aforementioned faithful reader moved out. I was to be the helper with this move, but within minutes of arriving at the new location I managed to fall down the rain-slicked porch steps, requiring a trip to the ER and a month of rehab on an injured rotator cuff. I don't know why, but that kind of threw me off my stride, so to speak.

All that is now behind me. The school year and choir season have resumed. There are no more excuses! It's time to get this blog going again! You can expect posts about the hymn of the week, the rehabilitation of my gardens, and the usual general musings, along with some Saturday Silliness and Sunday Strolling. I will amuse at least myself, and perhaps that one other reader.
Posted by Joyce at 8:03 PM 8 comments:

Just a reminder that a wedding is a celebration!

Hymn of the Week- Leaning On The Everlasting Arms

A couple of years ago we watched the excellent movie "United 93". The movie takes place on September 11, 2001, and it's director tried to stay as completely faithful to the events regarding that flight as possible, down to the exact words of the various passengers, as recorded or recollected by their relatives. As you may remember, United flight 93 was the airliner on which the passengers chose to attack the terrorists who had hijacked the plane, resulting in it crashing in a field in Pennsylvania rather than into Washington, D.C.

One of the most memorable scenes in the movie involved a very young woman calling home on her cell phone. She had just comprehended that the plane was destined to crash, one way or another, and that she was facing certain death. At her parent's home, her stepmother answered the phone. The young woman, in a panicked voice, explained to her stepmother the circumstances she was in. The older woman had already seen news coverage of the other three planes crashing, and quickly understood the situation. She drew a deep breath, and, in the calmest of voices, began to guide the younger woman through her final moments. They expressed their love for each other. Then, the stepmother, seeking to calm the panicked girl, said something like,"I have my arms around you. Do you feel them?" With that, the demeanor of the younger woman changed. She relaxed. "Yes, I feel them," she replied.

Ever since then, that scene has come to mind when we use the hymn "Leaning On The Everlasting Arms" in a worship service. When the refrain lyrics were written by A.J. Showalter in 1887, he was inspired by Deuteronomy 33:26-27: "There is none like the God of Jerusalem- he descends from the heavens in majestic splendor to help you. The eternal God is your Refuge, and underneath are the everlasting arms." Showalter had just received word from two different friends on the same day, that their young wives had died. In writing his condolences, he had added this verse in his notes to them.

Showalter then wrote to another friend, Elisha Hoffman. Hoffman was an Evangelical Presbyterian pastor in the Cincinnati area, and associated with that denomination's publishing house. Showalter suggested that Hoffman compose a hymn based on his suggestions about this verse. Though both of these men would be considered amateur hymn writers, between them they wrote what has become a favorite standard hymn. (Hoffman also wrote another popular hymn, "I Must Tell Jesus".)

Though the tune is rousing and joyous, the reassuring message that was illustrated by the scene in "United 93" is there. Believers can "rest" in the finished work of Jesus Christ on their behalf. In times of struggle, we can relax into the everlasting arms of our Lord.

Labels: congregational life, hymn of the week, musings, Think On These Things, worship

My parents invited my grandparents over for the evening to watch the moon landing, because we had a better TV. My grandfather came reluctantly. It was always his contention that the space program was a waste of the tax-payer's money. However, my grandmother talked him into coming.

We all, parents, grandparents, sisters, and myself, gathered in the family room. Of course, watching space launches and capsule reentries always meant waiting through a lot of NASA rigamarole that I didn't understand, and there was a long lead-up to the actual event. We filled the time with hopping up and down to make popcorn and other snacks. Eventually, we could see the actual live footage from the lunar module itself as it eased down, down, down to the surface of the brightly sunlit, but lifeless, moon. Just thinking about the transmission of the images, coming from 3,000+ miles away, through the airless void of space and the layers of the atmosphere I had learned about in school, had us marveling and exclaiming to each other.

And then, a fuzzy image of a bulky figure could be seen descending slowly down a little ladder. He put his foot down, causing a small puff of dust, and his muffled voice, coming from the moon, said, "That's one small step for man, one giant leap for mankind."

I remember that the astronauts behaved a little like kids as they muddled about in their awkward suits on the surface of the moon. I remember recognizing the joy and excitement in their voices, seeing them playfully bound around in the lower gravity. They made footprints in the moon dust, just as I did in winter when there was a fresh snow. I remember thinking that it was both exciting and sad that their footprints would never go away, never be muted by rain or wind.

At one point, late in the evening, I got up from where I was sitting cross legged on the floor, and went out the door into our backyard. I looked up at the moon in the sky. Alone, I stood there, staring, knowing that the distance was too great, but wishing none-the-less that I could somehow see something on the face of the moon. Somewhere up there, gamboling like children, were two men who were the very first humans to set foot on any heavenly orb but our own. I stood there a long time.

It was a long evening, and, unlike the adults in the room, I was less concerned about lifting off the moon and reconnecting for the journey home. The dangers were a little beyond me.

I went to bed thinking about the serious, scientific astronauts frisking like children. I thought about the footprints. Though I understood it but dimly, the universe had shifted just a bit that night.
Posted by Joyce at 4:00 AM 5 comments: 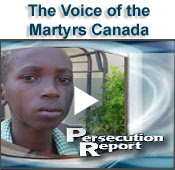